INTRODUCTION TO PEOPLE IN “SHOW BUSINESS” 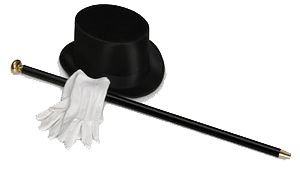 There were a few that really made a historic contribution to the music of the early days. Blossom Seeley added jazz to her act. She formed a ‘jazz group’ to a newly construction act called Seeley’s Syncopated Studio’ that included the great cornet player Ray Lopez. Eva Gauthier, mostly a classical vocalist began adding jazz to her repertoire with concert’s with George Gershwin and Paul Whiteman.

• May Irwin, one of the great entertainers in her day, included a number of songs that included syncopation and was known, as so many singers of the day, a ‘Coon’ shouter.

• Eva Gauthier – With her ‘jazz’ portion of a recital gave early ‘jazz’ a boost with Gershwin as her accompanist. AS a world famous artist she had the prestige to promote ‘modern’ music, both classical progress music and American ‘jazz’. 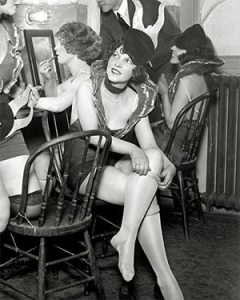 • Blossom Seeley – One of the big stars in vaudeville she brought ‘coon’ songs, ragtime and jazz to the American Stage. Her ‘Seeley’s Syncopator Studio,’ with Ray Lopez brought this music to the volumes of audiences in vaudeville.

• Black Patti “Sissieretta Jones” – Trained as a classical vocalist, this Negro woman turned to vaudeville, (unable to get roles in opera) she presenting both Negro themes and well-known opera arias in her performances. She was poplar for over 20 years and always had S.R.O in her presentations.

•  Alice Joyce – She had a short career in vaudeville and then became one of the biggest stars in early Hollywood films.

•  May Tully – Began as an actress in vaudeville sketches, she became one of the most important and popular directors of Broadway plays.

•  Annie Kent – She became one of the most popular feminine actresses in vaudeville.

• Sadie Sherman – She was one of the many woman in vaudeville and had a very successful career.

• The Pearl Sisters, Kathryn and Violet – One of the most talented sisters acts in vaudeville.

•  Mabel Hite – Her partnering with Mike Donlin, the great baseball player of the dead ball era, began the era of sport stars entering vaudeville. she had a wonderful career as a comedian/singer/dancer on the stage. Her early death in 1912 ended her short career.

• Helen Clements – Long identified with the stage, teamed up with popular screen star Arthur Ashley and did a vaudeville act. Ashley preferred vaudeville over movies.

•  Gladys Alexander – A successful Broadway actress, along with Vivian Murray, teamed to do the hit show ‘Broadway Love.’

• Stella Mayhew – She was a comedienne & singer & a big star in Vaudeville. She was a big baseball fan.

•  Morin Sisters – Bessie and Zen a had a dazzling dancing act and a long vaudeville career. At times the third sister “Henrietta” would join the act.

• James J. Morton – A very popular person in vaudeville and was the one that first brought ‘the announcer’ to vaudeville. Before the acts were just presented on a board announcing the act. One of the most humorous man on the vaudeville stage.

•  Ben Smith – Known as a blackface comedian he had a sweet tenor voice and had a long career in vaudeville.

• Charles Grapewin – Not only a well known vaudevillian and actor, but had a good Hollywood career. He is best known as the ‘uncle’ in the ‘Wizard of Oz’.

•  Charles ‘Slivers’ Oakley – He was one of the most famous clowns in vaudeville. He was known for his skit of a baseball player. He was as famous in his day as Charlie Chaplin.

•  William Jerome Flannery – First known as a vaudeville person he became one of the most well known songwriters, having many ‘hit’ songs in the popular music field.

• Wellington Cross – He was a well known legitimate actor and did a skit with Babe Ruth inn vaudeville.

•  Lewis & Ryan – One of the funniest duos on the vaudeville stage. They also appeared in a number of George M. Cohan shows.

•  Ray Lopez – Appeared in vaudeville as part of ‘Seeley’s Syncopators Studio. He went to New Orleans with the first jazz bands in Chicago and was noted as one of the greatest jazz cornetist in earl jazz.

• William J.Dooley – William, along with his brothers Gordon & Johnny and Sister Fan, were headliners in Vaudeville. William & Gordon were famous for their acrobatics & falls on stage. Ironically William Died of a fall getting out of a taxi to do a Vaudeville show.

•  Ben Deeley – Spent his early career for 16 years in vaudeville, as a blackface comedian, then spent the rest of his career in the movies.